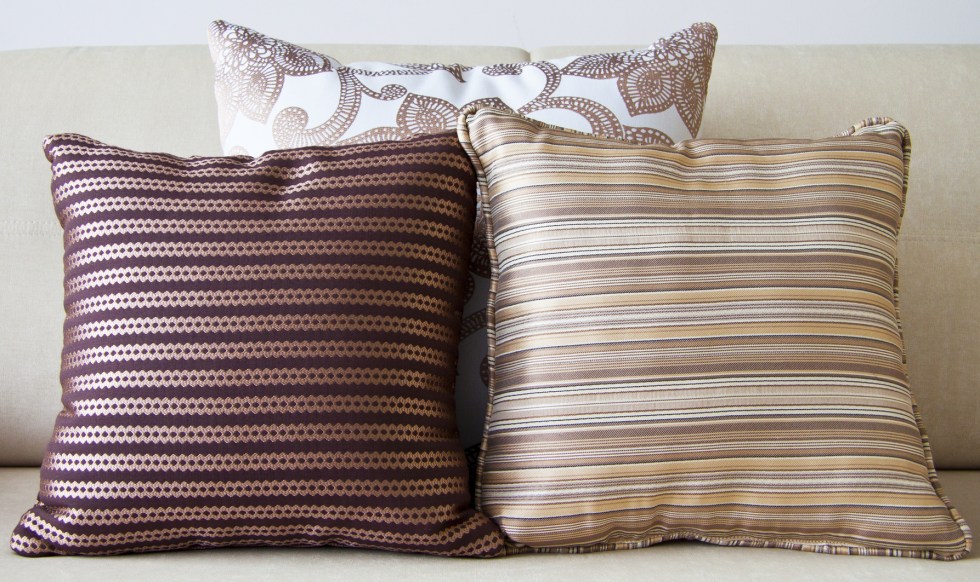 A pillow is a support for the head or other parts of the body, used while sleeping on a bed, or, in the United States, for the body as used on a couch or chair (which British English would call a cushion).

In contemporary western culture pillows consist of a fabric envelope which contains a soft stuffing, which may range from down feathers to synthetic foam. In other cultures, pillows have been made of wood or stone. Bed pillows are typically covered with a cloth pillowcase. Pillows used in a living room typically have a sturdy cloth cover.

There are also throw pillows (also called toss pillows, and in the UK, pillow shams), which are pillows that are mainly decorative and not designed for support or comfort. A cushion is a soft bag filled with air or padding such as feathers or foam rubber. In the United Kingdom, pillows used on chairs, sofas or daybeds are called cushions, with the word pillow used only for pillows on a bed. In the UK, cushions are usually square, while bed pillows are oblong.